We Dared to Live 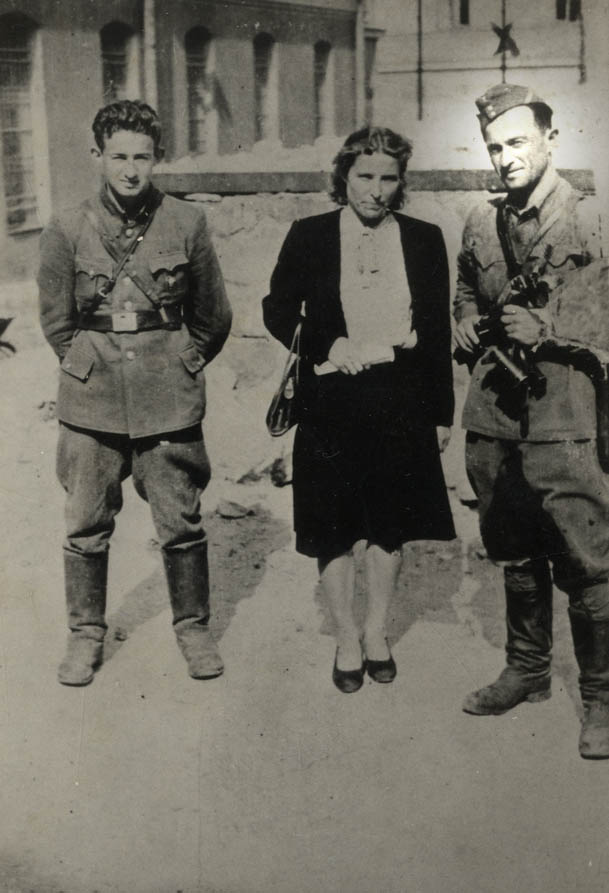 In 1939, the Nazis invaded Poland, and the Polish Army dissolved. My father, Abrashe Szabrinski, was told to get to England via Romania, but civilian travel was already impossible. So, he fled north to Baranovich, Byelorussia where his sister lived. There he joined the Soviet Army until the Nazis invaded the USSR, and forced all the city’s Jews into a newly-created ghetto.

To prove his usefulness, Abrashe became a railway worker. When the ‘Second Aktion’ occured, and half the ghetto’s population was killed, he was reassigned to work camp near Vilna, Lithuania. He knew he wasn’t safe yet, though, and he looked for a means of escape. The day before that camp’s liquidation, Abrashe and a few others managed to travel out through a sewer.

Now on his own, he had very little chance of survival. But he thought that a ghetto as large as the one in Vilna would have partisan connections, and so he smuggled himself into the ghetto. There he was arrested by the Jewish Ghetto police, but was able to convince them that he had military training, and that he could be of service to the partisans. When Vilna was finally liquidated in September of 1943, he escaped with the partisans through the sewers and into the Rudniki Forest, with the likes of Abba Kovner and Joseph Harmatz.

Now he and the other Vilna Jews were affiliated with the Soviet partisans and were armed. Together they destroyed train tracks and bridges, conducted night attacks on German encampments, and raided German supply columns. My father became commander of the Death to Fascists Unit, and was on the ground to retake Vilna alongside the Soviet army.

By all accounts he should not have lived. But he did for 87 years.